Skip to main content
Need help?(Opens in new tab)
Back to all articles
News

Voter commitment during elections in Belgium has been falling for decades. At our most recent trip to the ballot box in 2019, no fewer than 1.3 million people – or 17% of Belgian nationals eligible to vote – either cast a blank or invalid vote or didn’t vote at all. To better understand the reason why, the universities ULB and VUB were commissioned by the itsme® identity app to conduct a large-scale study into electoral absenteeism in Belgium. The three principal parties behind the study wanted to open a debate and put forward realistic solutions designed to reduce the growing gulf between citizens and politics.

Voting abstention is a cause for concern in many democracies. And until now, compulsory voting in Belgium has kept these abstentions relatively in check. However, in recent years, the number of non-voters has crept up, slowly but surely, with the three most recent elections (2010, 2014, 2019) seeing the highest percentages ever. At the parliamentary elections in 2019, a record number of nearly 1 million eligible voters opted not to cast their ballot, with 5.4% placing a blank or invalid vote in the box. So, adding all this up means that 17% of registered voters failed to vote. In the meantime, the Flemish government has decided from 2024 to abolish the obligation to vote for municipal and provincial elections. But Wallonia is continuing its experiment with paper based voting.

In the light of these new developments, it is high time to take a look at the factors that prevent Belgian voters not to cast their vote at elections. Until now, there has never been much research conducted in Belgium into electoral absenteeism, but with the number of non-voters continuing to grow, it’s a topic that is alive more than ever. In this context, a large-scale study was conducted by the Politics Study Centre (Cevipol) at ULB and the Department of Political Science (POLI) at VUB.

The report from the universities VUB and ULB is in two parts. In part one, the researchers discuss the reasons why electoral absenteeism may present a problem for democracy. They also provide an update on the status of this absenteeism in Europe and Belgium, plus they list the reasons why eligible voters fail to turn up at polling stations on election day. Of course, some people experience purely practical problems that prevent them from getting to their polling station on the day, but for a large group, not going to vote is a carefully considered choice. The main reason behind this ‘voter denial’ is a lack of interest in the process and increasing dissatisfaction with organised political life in our country.

Part two of the report puts forward possible solutions for reducing voter absenteeism, both in the short term and into the future. For example, some countries have introduced programmes for training citizens about the electoral process, in the hope that this will involve more young people. Another way of increasing involvement is the development of online voting tests, whereby voters can obtain information about the political standpoints of the various parties. More frequent and more direct contact with candidates and elected officials also significantly increases people’s willingness to vote. Following this same logic, it would appear that greater transparency about the decisions taken by elected politicians also has a favourable effect on turnout at elections. And better representation for minority groups also helps to counter political cynicism.

In the short term, though, it is mainly the modalities of how elections themselves are run that can help influence voter turnout. In addition to organising information campaigns and retaining the obligation to vote, simplifying the voting process also has an important role to play. And this is where the itsme® identity app may also come into the picture, says itsme® CEO, Stephanie De Bruyne.

In Belgium, voters still have to go in person to the polling booth on a particular election date set in advance. According to the study, this means that some people simply won’t turn up at the polling station on election day. But positive voting behaviour could be encouraged if voters were able to vote online, for example on a computer at home, or remotely using a smartphone. With the itsme® identity app, there is already a widely supported solution available in Belgium to make e-voting technically possible. By now, some 70% of Belgian adults have already created an itsme® account. And because they have become familiar with itsme®, it would be an outstanding way of simplifying the voting procedure.

The app could be used by the entire voting public as a means of casting their vote but for certain specific target groups, the ability to vote remotely with itsme®, without having to go to a polling station, would probably deliver the greatest benefit. This would not only suit wavering voters, young people and seniors, but also non-Belgian voters and Belgian voters abroad. In addition, it would be possible to use the app not only for elections, but also to respond to other surveys in the broader context of citizen participation.

With e-voting, though, it is very important that the system is designed to be user-friendly so that people don’t experience any obstacles when it comes to casting their vote. As far as itsme® is concerned, this would present no problem. itsme® users always identify themselves online in the same way. The itsme® app has all the technical capabilities required to enable people to vote from home easily, securely and anonymously. itsme® may well guarantee your identity, but there is no link between the app and the registration of your vote itself.

Whatever solutions are chosen, the report from the universities ULB and VUB makes it clear that any action needn’t be limited to purely technical reforms. We also need to be prepared to examine citizenship and the relationship between voters, elected politicians and institutions at the beginning of the 21st century. Voting is just one of the ways in which citizens can take action. There are also other forms of participation that keep democracy alive, such as citizen surveys or the signing of petitions. As a result, the study by itsme®, ULB and VUB is designed to devote the required attention to all forms of citizen participation. During the course of 2022, the three partners will launch part two of this research project, with the aim of drawing up a detailed report about the new forums for citizen participation that are being developed within the Belgian political system. After that, it will be up to the politicians to decide which paths may lead to greater political participation in our country 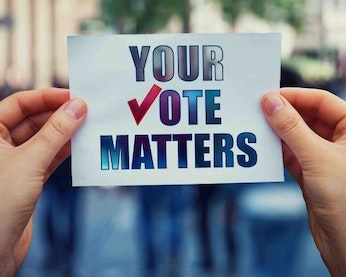 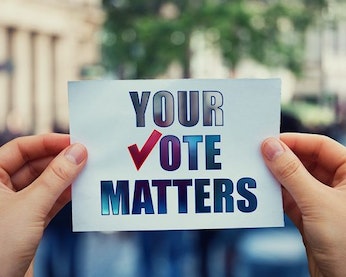 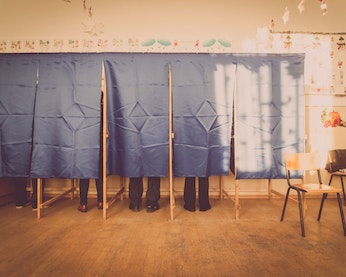 Can you vote with itsme®?